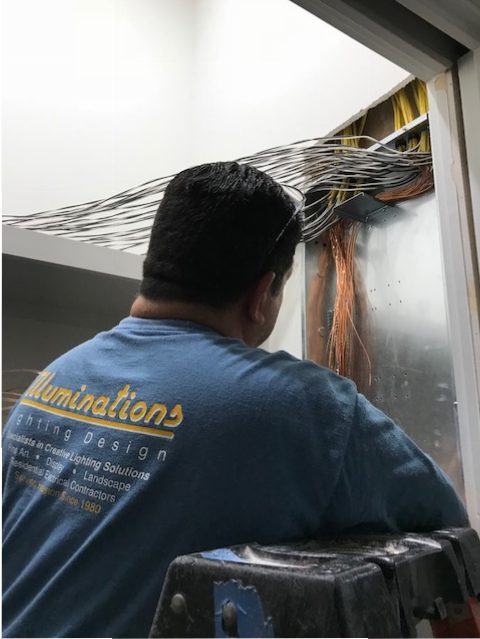 Most people are under the false impression that when a power surge happens, they notice it. But the truth is that all it takes is a millisecond for a power surge to occur. It’s such a minute amount of time that it is one-thousandth of the amount of time it takes for you to blink your eyes. So, in reality, you may not even notice when the lights flick.

Unfortunately, that interruption in power and the accompanying spike of current have the potential to destroy the electrical components and appliances of your Texas home. A whole-house surge protection system can help protect your home from those power surges.

The National Fire Protection Association recommends whole-house surge protection for homes, even though surges themselves don’t typically cause fires.

Surge protectors offer peace of mind that you won’t be having to replace your electronics or appliances any sooner than you have to. It’s also good to know that your refrigerator or freezer won’t burn out because of a surge in power, leaving you with rotting food that’s expensive to replace. And, with so many of us working from home, we’ve come to rely on our computers to earn a living. The last thing we need is for our computer to get burnt out because of a power surge.

Thankfully, there’s a simple solution — a whole-house surge protector. Surge protectors are more affordable than you might think and can cost less than replacing one appliance. Surge protective devices are installed at your home’s breaker box, and it’s an easy job for electricians, so you don’t have to be concerned about a technician racking up a huge service bill.

Whole-house surge protectors offer protection against up to 40,000 amps of electrical current coming from outside the home. To put this in perspective, the normal flow of household power is just 200 to 300 amps.

Whole-house surge devices detect excess current, such as from a lightning strike, and diverts the current to the home’s grounding path.

Many homeowners are under the mistaken notion that power surges happen only because of downed power lines and lightning strikes. True, surges from lightning are dangerous. But they’re not the primary and only cause of power surges.

Leading causes of power surges are:

The NEMA Surge Protection Institute says that up to 80% of power surges actually come from inside the home. These surges usually occur when appliances, like air conditioners and refrigerators, cycle off and on. And unfortunately, these little surges happen all day long without warning.

While most damage often comes from one power surge, the truth is that the damage is done over time, from the cumulative effect of many surges that cause fluctuations in electrical current. Once these surges have done their damage, they cause appliances and electronics to malfunction or prematurely stop functioning.

Damaged Wires are Also a Threat

Damaged electrical wires are a fire hazard. But, they also interrupt the flow of electrical current. This disruption causes more power surges than even the average home has and has the potential to impact every appliance or electronic that’s plugged in.

Damaged or exposed wires are insidious, and you often don’t realize you have them in your home. That’s why it’s a good idea to have an electrician inspect your electrical wiring every couple of years for early detection of faulty wiring.

In the meantime, be aware of some of the signs of damaged wiring, like tripping circuit breakers, burn marks around the outlets in your home, and buzzing sounds.

It’s also a good idea to ask your electrician to make sure your home is adequately grounded to help protect your home against lightning strikes.

Point-of-use SPDs, or surge protection devices, are often used in conjunction with plugging in home computers and other sensitive electronics. And it’s a good added layer of protection.

But whole-house surge protection is the only solution that will offer complete protection from everyday fluctuations in power and a direct lightning hit.

Power surges don’t only result from weather-related causes or power outages. Most of the time, they’re from a build-up of current right in your own home. This can cause extensive damage over time to any appliances or devices that are plugged in.

The best remedy against it from occurring is to prevent it in the first place through whole-house surge protection. It could potentially save you thousands in the long run and lengthen your electrical devices and appliances lifespans.

The electrical experts at Illuminations Lighting Design know that if you live in Texas, you’re probably more than aware of the pesty power surges that plague our state. We get more than our fair share.

Give us a call today at 713-863-1133 to schedule a visit and learn more about what whole house surge protection can do to protect your home from power surges.